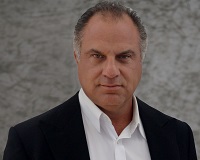 Dr. Vizzone is board certified (AOBOS) since October of 1998 and recertified June, 2008.

Some fun on the Colbert Report

Dr Vizzone on The Colbert Report in “Wrist Watch”

Dr. Vizzone with Steven Colbert in “The Cast Comes Off”

Dr.Vizzone has affiliations with the following organizations: